Plot Description: Dingdong (Vilma Santos) finds herself in a romantic fix. On one had is Morris (Christopher de Leon), a handsome young guy, hard-working, responsible, and deeply in love with her. On the other hand is Carlos (Romeo Vasquez) who has abandoned is wife and child for a life in the United States, and is now a man who is financially secure. Will it be Morris or Carlos? This movie was shot against some of the most romantic sites in Northern California, U.S.A. Also stars Rosemarie Gil. Directed by Emmanuel H. Borlaza for Tagalo Ilang-Ilang Productions. – Trigon Video

Film Review: “…You know, it’s amazing because we’ve never been linked to each other and yet the public loves seeing our movies together. Siguro it’s because we have this unbelievable chemistry. We know each other so well that tinginan lang on screen, we already know what to do to make a take very good…” – Mario E. Bautista (READ MORE)

“Sometime in the mid 70s, matinee idol Romeo Vasquez returned to the movie scene after a long absence, his movie career in limbo after his failed marriage with popular actress Amalia Fuentes. His teamup with Vilma Santos somehow rekindled and revived his career. Their first movie together, Nag-aapoy na Damdamin in 1976 turned out to be a big hit. Despite their age gap, reel and real life sweetheart, Romeo, 34 and Vilma, 23, soon became the hottest love team, doing one hit movies after another…” – Video 48 (READ MORE)

“…But it was with handsome actor Romeo Vasquez that Vilma Santos had her most controversial relationship. Romeo was the former husband of Philippine movie queen Amalia Fuentes. He and Vilma first paired in the movie Nag-aapoy na Damdamin (1976). It was also during this year that they became a couple. They made several movies together, all of which did well at the box-office. Vi and Bobby (Romeo’s nickname) became the most-talked about reel and real love team at the time. The relationship was always on the pages of showbiz magazines and tabloid entertainment section pages because of the intrigues and the personalities who got involved with them…” – Rommel R. Llanes (READ MORE) 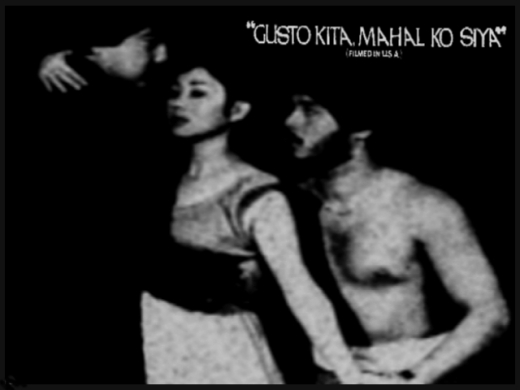