Film Achievement: Borlaza gave Vilma Santos her very first best actress, winning the 1972 FAMAS for via Dama De Noche. He is also credited in narrowing the popularity gap between her and the musical era’s darling of the 70s, Nora Aunor.

Film Review: “…Sabi ni Mama Santos, ako daw ang “pumatay” sa kanilang Pagputi…eto ang parusa ko, bigyan ko daw sila ng isang Kampus? so I’m making for them Coed. You see, when I was working on Kampus? at UP Los Banos, I realized their problems and lifestyle can be a source of even 10 movie materials. At kapag ang student force pala ang nag-patronize sa Tagalog movie, ang laki ng audience!” Borlaza revealed…I’m very meticulous about is: the audience were to identify itself with my main character, will it be happy with the poetic justice I execute? Will they find it correct and realistic? In Kampus? for instance, students who were pleased with the movie told me they liked the ending very much. They agreed with it. Vilma was bedded first by Mat Ranillo III, but ended up with Bembol who was the right choice after all. They say in real life, the man you walk down the aisle with is not necessarily the first man you had sex with. Also they say the dialouges were very in – like the way actual students would speak them. Siguro, once they sit in the theater, they are not bothered by such questions as ‘Why” or “how come?” Is the star value the main thing in selling movies? “In the case of Kampus?, yes, because Vilma Santos was my main star and she’s the current box office queen…” – Manny B. Fernandez, Expressweek, November 9, 1978 (READ MORE)

“…Borlaza’s films lack the arthouse style and social relevance that critics loves most in a Brocka or Bernal films but who cares about the critics when the paying public loves them. And the producers demand his service, from Doc Perez of Sampaguita Pictures, Atty. Esperidion Laxa of Tagalog Ilang Ilang Productions and later on, Vic Del Rosario of Viva Films and Lily Monteverde of Regal Films. Clearly, his films exists with one purpose, to entertain the masses not to depress or remind them with the country’s sad fate of economy or the below poverty line lives of many. The success of the Vilma-Borlaza films gave Vilma Santos versatility and preparation to a more serious acting career. It also narrowed the popularity gap between her and the musical era’s darling of the 70s, Nora Aunor. These are perhaps, the most significant contributions of Emmanuel Borlaza to Vilma’s career. Vilma who was considered only second to Nora couldn’t matched her singing talent and so, Borlaza countered this lack of singing with films that showcased Vilma’s acting versatility…” – RV (READ MORE)

Jay Ilagan (March 6, 1953 – February 3, 1992) is a Filipino actor. He hosted Stop, Look and Listen and starred in My Son, My Son and Going Bananas. He was married and separated with another popular movie personality Hilda Koronel and a common-law husband of Amy Austria at the time of his death. He died in a motorcycle accident in 1992. He was 39. – Wikipedia (READ MORE) 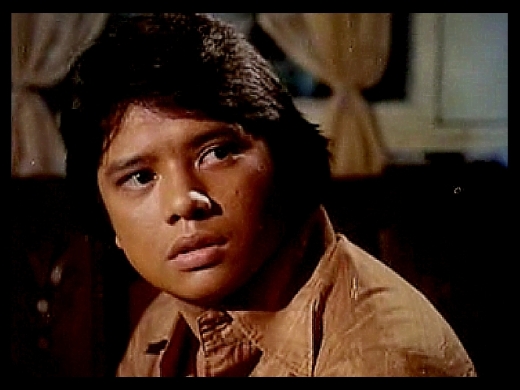