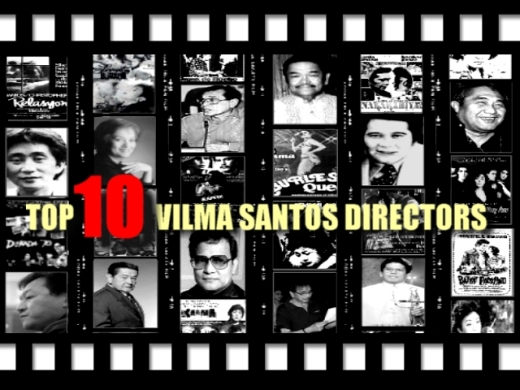 Introductions: 204 films, 70 directors, 5 decades, Vilma Santos, one of the original Philippine movie queens, rose up to become the versatile actress that has been given the fitting title of “Star for All Seasons” because of her capacity to adapt to the changing mores and values of the Filipino woman, giving a face to their plight and struggles, albeit in success both critically and box-office wise in some of Philippine cinema’s classics such as Trudis Liit (1963), Lipad, Darna, Lipad (1973), Burlesk Queen (1977), Relasyon (1982), Sister Stella L. (1984), Alyas Baby Tsina (1984), Pahiram ng Isang Umaga (1989), Dahil Mahal Kita: The Dolzura Cortez Story (1993), Anak (2000) and Dekada ’70 (2002). This are top ten directors who contributed to her success.

5. Catalino Ortiz Brocka (April 3, 1939–May 21, 1991), director for film and broadcast arts, espoused the term “freedom of expression” in the Philippine Constitution. Brocka took his social activist spirit to the screen leaving behind 66 films which breathed life and hope for the marginalized sectors of society — slumdwellers, prostitute, construction workers, etc. He also directed for theater with equal zeal and served in organizations that offer alternative visions, like the Philippine Educational Theater Association (PETA) and the Concerned Artists of the Philippines (CAP). At the same time, he garnered awards and recognition from institutions like the CCP, FAMAS, TOYM, and Cannes Film Festival. Brocka has left behind his masterpieces, bequeathing to our country a heritage of cinematic harvest; a bounty of stunning images, memorable conversations that speak volumes on love,betrayal and redemption, pestilence and plenty all pointing towards the recovery and rediscovery of our nation. To name a few, Brocka’s films include the following: “Santiago” (1970), “Wanted: Perfect Mother” (1970), “Tubog sa Ginto” (1971), “Stardoom” (1971), “Tinimbang Ka Ngunit Kulang” (1974), “Maynila: Sa Kuko ng Liwanag” (1975), “Insiang” (1976), “Jaguar” (1979), “Bona” (1980), “Macho Dancer” (1989), “Orapronobis” (1989), “Makiusap Ka sa Diyos” (1991) (NCCA.gov.ph). On May 21, 1991 Brocka met an untimely death in a car accident in Quezon City, Metro Manila. In 1997 he was given the posthumous distinction of National Artist for Film.(Wikipedia)

HIGHLIGHTS: Brocka gave Vilma one of the most controversial film after “Burlesk Queen,” her milestone role as a rape victim in 1978′s “Rubia Servios.”  The film failed to secure Vilma the local festival’s best performer award after so much speculations despite this, the film was a big hit.  Brocka will direct Vi two more times, “Adultery” in 1984 and “Hahamakin Kita” in 1990, a year before his untimely death in May 21, 1991. 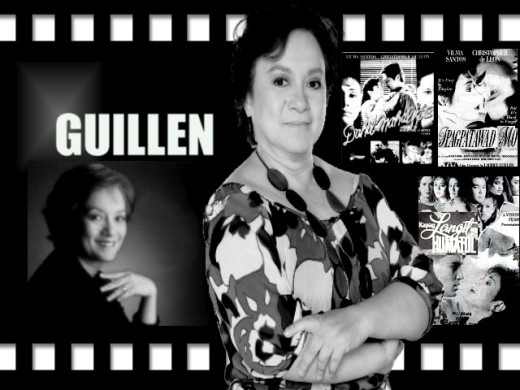 4. Laurice Guillen is an award-winning Filipino director and actress. She was born on January 29, 1947 in Butuan City. She is married Johnny Delgado, a notable and prominent actor. Daughters, Anna and Ina Feleo are both into stage acting as well. Laurice won international notice for her direction of the 1981 film, Salome(Wikipilipinas).