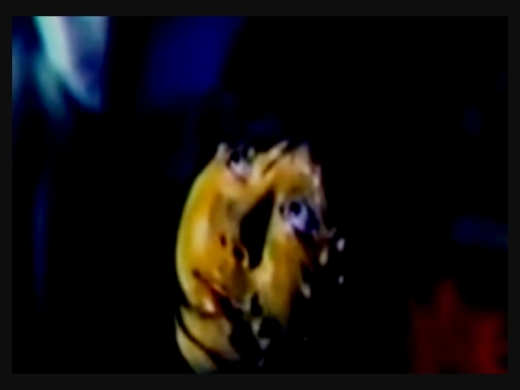 Kampanerang Kuba (1974) (lit. Hunchbacked Lady Bellringer) was a fantasy soap opera television series broadcast by ABS-CBN in the Philippines. It was inspired by 1973 film with same title, which was starred by Vilma Santos and Bobot Mortiz. It was tagged as Pinoy Disney. It was originally based from a comic book series written by Pablo Gomez. – Wikipedia (READ MORE)

“…Kampanerang Kuba’s convoluted long story maybe attributed to the original comics material written by Pablo Gomez. A good director should iron out all the unbelievable plots specially all the one-dimensional characters. For example, Celia Rodriguez character, Tateng. She is so masochistic that viewer might wonder why she is so mean. Also, with her tower-nesque beauty, why she decided to remained in a town where everything seems to be so trivial and everyone seems loves to gossip, even the men. Nilo Saez (with Jose Flores Sibal wrote the script) failed miserably in this regard. Shot in Nagcarlan Laguna, Kampanerang Kuba showcased the old Filipino beliefs in patron saints, religious rituals and miracles. It also demonstrates that people can be so cruel, can passed judgement, and can asked for forgiveness that quick when confronted with truth. All will be forgiving without taking into account all the harm that they have done. In the real world, these people will be punished. Celia Rodriguez seems to be wooden in so many scenes but equally infuriating when she started to do her verbal and physical abuse of Andang. With limited dialogue, a young Dindo Fernando portrayed Tateng’s lover convincingly. All the other supporting roles including Perla Bautista, Ernie Garcia and others gave forgettable performances. About the two main lead, Edgar Mortiz and Vilma Santos, both did what they can to portrayed their respective roles. Edgar Mortiz seems to be trying very hard to be effective as the priest but acting is clearly not his forte. Would this be different if Jay Ilagan did this role? Vilma Santos succeed more with her solo scenes, talking to the patron saints and the bell tower, eating with her bare hands and trying to beautify her ugly face. She appeared to be gearing up for more versatile roles that requires her not to sing but to act…” – RV (READ MORE)