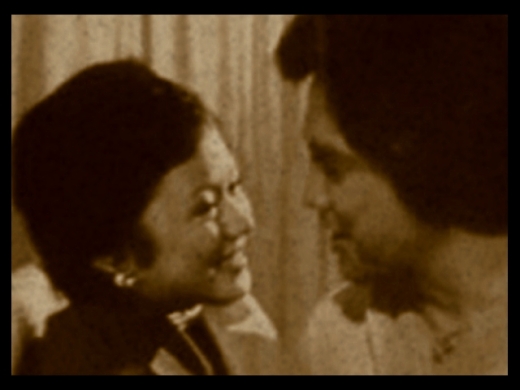 The Plot: – Pulot-gata, Pwede Kaya? (1977) – An intrigued filled love affair between Baby Abueva a poor lass of Baguio and Teddy Burgos a millionaire from Zamboanga. An affair married with the appearance of Lota. – Kabayan Central (READ MORE)

The Reviews: – Serialized in Wakasan Komiks Magazine published by Nestor Leonidez, and under the direction of one of the most workaholic director of the 70s, Leonardo L. Garcia, “Pulot-Gata, Pwede Kaya?” started with rich man Bobby, who is trying to live a new persona as a poor bell boy to lure a hotel receptionist Baby Abueva (Vilma Santos). Abueva won Baguio City’s 1977 Summer Girl.  She then started some modeling gig while being pursued by the bell boy, Teddy/Bobby (Romeo Vasquez).  Teddy’s assistant played by comedian, Tange, took Bobby’s identity and became the boss.  They tried to cover up their secrets until Bobby’s long time ex-fiance, played by the young Suzanne Gonzales, found out what the two are up to.  Suzanne then, concocted a plan to destroy Bobby’s new affair by asking Bobby’s opportunist attorney played by Rodolfo “Boy” Garcia to produce a fake marriage contract.  She then confronted Baby with this document.  As a result, Baby broke-up with Teddy/Bobby, who earlier proposed to marry her.  Bobby discovered the fake marriage contract and fired his attorney.  He then explained this to Baby and they reconciled.  The End.  Pulot-Gata was one of the several hit films of Romeo Vasquez and Vilma Santos.  And one of the forgettable ones.  It exploits their real and reel life relationships.  Despite the film’s poor material, you can see their screen chemistry in several light comedic scenes.  Ruel Vernal’s fight scene with Vasques can be shortened or edited out.  Ditto with Susane Gonzales scenes in the hotel room, attempting to seduce back her ex-fiance.  In addition to some comedic scenes that can be edited, Vilma’s dramatic scene near end, can also be shortened.  A more watchable film of Vi and Romeo were “Dalawang Pugad Isang Ibon” and “Nag-aapoy na Damdamin.”  After watching “Pulot-Gata, Puede Kaya?” (literally means, “Sweet-Coconut, Can it be?” which can be assumed about the May-December affair of Santos and Vasquez), one can clearly say, “YES” to the real relationship of Vi and Romeo but NO to this films. – RV