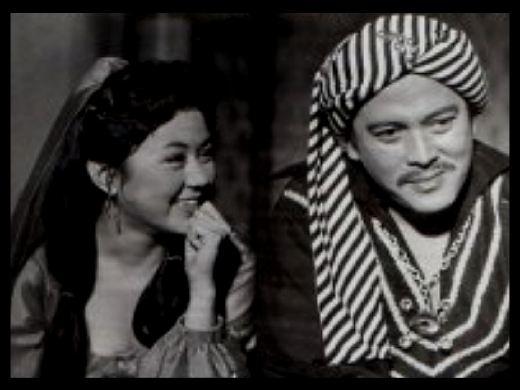 King Khayam’s search for another wife brought him the escapee, Princess Gracia. She doesn’t want to be wed to a man, she doesn’t love so she left her kingdom and ended up in King Kayam’s kingdom. They met and fell in love. (READ MORE)

Joseph “Erap” Ejercito Estrada (born Jose Marcelo Ejercito on April 19, 1937) was the 13th President of the Philippines, serving from 1998 until 2001. Estrada was the first person in the Post-EDSA era to be elected both to the presidency and vice-presidency. Estrada gained popularity as a film actor, playing the lead role in over 100 films in an acting career spanning 33 years. He used his popularity as an actor to make gains in politics, serving as mayor of San Juan for seventeen years, as Senator for one term, then as Vice President of the Philippines under the administration of President Fidel V. Ramos. – Wikipedia (READ MORE)