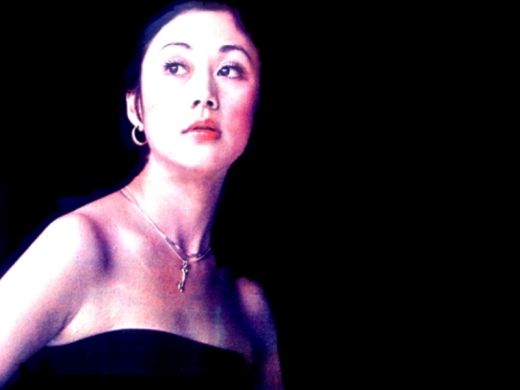 Forget that after separating from hubby fellow actor Edu Manzano (who fathered Lucky) she’s now married to former Senator Ralph Recto, Vilma Santos (born Maria Rosa Vilma Tuazon Santos on November 3, 1953) is, sans her men, a star in her own right through and through – and that’s not just in the entertainment industry (where she made over 190 films from 1963 to 2002, alone), as she was also the first female mayor of Lipa City, and now first female governor of the Province of Batangas (where Lipa city is).

No wonder she is also called the Queen Star.

Everything started for Santos when she was nine years old, after she bagged the title role for Trudis Liit (she won her first acting trophy, FAMAS Best Child Performer for the same).  But even after the child start Santos even starred in the 1967 Holywood produced The Longest Hundred Miles (starring, among others, Doug McClure, Katharine Ross, Ricardo Montalban, Vic Silayan, and Berting Labra), even early on, she was groomed as a lead actress.

First teaming up with Edgar Mortiz, they, especially initially, rivalled the Nora Aunor/Tirso Cruz III partnership, producing the likes of Edgar Loves Vilma and My Darling and Baby Vi (these happen to be films that carried her real name, too, aside from Takbo Vilma Dali, Vilma and Beep Beep Minica, Vilma Veinte Nueve, and Wonder Vi, among others).  Interestingly, Santos shared top billing with Aunor in four films – Young Love, Pinagbuklod ng Pag-ibig, Ikaw Ay Akin, and T-Bird at Ako.

It was during the earlier part of her career that Santos started becoming an icon, playing other icons as Mars Ravelo’s Darna and Dyesebel.

A big change came in Santos’ career when – and this is even if Vilmanians, as her fans call themselves, disagree – Aunor beat her in popularity (based on box office response to their films competitively released).  Santos started making films with social relevance (the earlier ones also classified as burlesque), e.g. Burlesk Queen, Rubia Servious, Relasyon, and Sister Stella L (and later, Dolzura Cortez, Dekada ’70, Bata, Bata Paano Ka Ginawa?, and Anak).

Santos’ career isn’t limited in films, however.  Aside from earning gold record awards for singing (Sixteen given by Willears Records in 1970, and Palong-Palo given by Vicor Records in 1974), she also once hosted the top rating The Sensations, and then VIP, and Vilma.

An even bigger change in Santos’ career came when she ran, and won, as mayor of Lipa City, winning three consecutive elections by landslides.  Fortunately – especially for the people of Lipa City – Santos was no politician wannabe who relied only on her fame to get elected, but failed to deliver her promises.  In fact, she was given the 2000 Outstanding Mayor in Region IV by the Asosasyon ng Komentarista at Anaunser sa Pilipinas, 2000 Outstanding City Mayor given by the Civil Service Commission, 2001 Sandugo Outstanding Local Executive Award given by the Department of Health, and 2006 Outstanding City Mayor Award from the Department of Social Welfare and Development, among others.

Under her leadership, Lipa City received the 2002 Presidential Award as the Cleanest and Greenest Local Government Unit in Region IV, and the 2005 IAPD (International Association of Pediatric Dentistry) Bright Smiles Bright Futures Award (her handling of the Philippines’ dental health program Mga Munting Ngiti in Lipa City bested other finalists from Scotland in the UK, Australia, Rumania, China, and Mexico), also among others.

In 2007, Santos ran – and again won – as the first female governor of the Province of Batangas.The 2005 Lifetime Centennial Feminist Award winner is, without a doubt, living to her moniker not just as a star for all seasons, but one that glimmers wherever she goes. – Source: Outrage Magazine