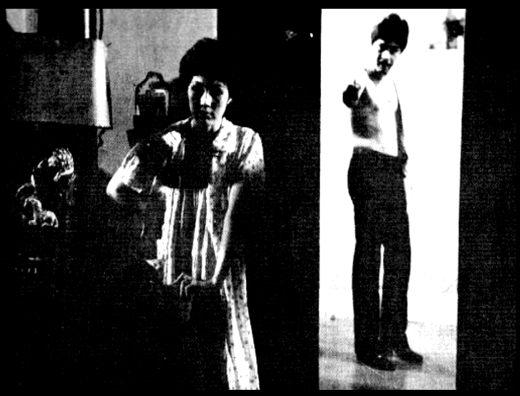 197 films, 70 directors, 5 decades, Vilma Santos, one of the original Philippine movie queens, rose up to become the versatile actress that has been given the fitting title of “Star for All Seasons” because of her capacity to adapt to the changing mores and values of the Filipino woman, giving a face to their plight and struggles, albeit in success both critically and box-office wise in some of Philippine cinema’s classics such as Relasyon (1982), Pahiram ng Isang Umaga (1989), Broken Marriage (1984) and Ikaw ay Akin (1978). This is the number one director who contributed to her success.

Considered the number one director of Vilma Santos, National Artist, Ishmael Bernal contributed significantly to her success. Their collaborations as actor and director spanned three decades. Eight films in total, almost a dozen best actress for Santos and a several best director for Bernal not including nominations both locally and internationally. He was quoted saying: “In Ikaw ay Akin, Vilma was already conscious of her own particular style of acting…which can be described as minimal, less is more. The fewer and simpler gestures, the greater effect…(Working in Pahiram Ng Isang Umage, Bernal said)…she had become an artist, no longer a movie star and just following the director’s instructions..” Their films are still relevant, timeless and to this day, being celebrated by many. READ MORE

Inspiration (1972) – “…In a musical era of 1970s, “Inspiration” was quite an experimental film, with no musical numbers, better screenplay, well-written characters. Nestor and Bernal works well in establishing the character of Jay and Vilma. Their dialouges are not “corny” and very realistic. There is no over the top dramatic scenes inserted between musical numbers here. The parent played wonderfully by Merle Tuazon and Carlos Salazar were convincing. Although both Vilma and Jay played their roles effectively, Lilian Laing steals the film as Lola Jane. She was bubly and funny, a sex-starved, karate black belter, polo game afficianado, who loves life and considering she playing the old grandma who is also the solution to all the complication in life. Bernal was on his element here, a good story teller, pre-”Dalawang Pugad Isang Ibon, Pahiram Ng Isang Umaga and Relasyon.” Although he is directing a light comedy, written by Nestor Torre Jr., he managed to established all the characters without relying on corny dialouges common in this era…” READ MORE

Dalawang Pugad, Isang Ibon (1977) – “…Dalawang Pugad, Isang Ibon is a 1977 drama film directed by Ishmael Bernal. The film analyzes adultery in a mature way and presents reasons why many modern marriages in bourgeois families slowly dissipate into alienation and lead to adultery. The movie’s main plot involves a fashion model (Vilma Santos) who is torn between two men: her young boyfriend, who is a self-centered, airheaded fashion model (Mat Ranillo III), and an older married man (Romeo Vasquez), who is estranged from his domineering wife (Anna Gonzales)…” READ MORE

Ikaw ay Akin (1978) – “…Unlike other superstar team-ups that fail to exploit the golden opportunity of pulling in sure audiences to watch a serious work, Bernal’s greatest achievement lies not so much in putting his three big stars together but in making use of them to lure their fans and followers intos eeing a mature, sensible film. And his cast serves Bernal very well. In the hands of a capable director, Christopher de Leon proves that his forgettable appearance in such odious films as “Topo-Topo Barega” and “Disco Fever” are mere lapses in judgment that do not entirely discredit his craft. He also shows enough gallantry by not getting into the way of his leading ladies, whose roles are undoubtedly more demanding than his. As the uptight Sandra, Vilma Santos has the script’s choicest, wittiest lines. She makes the most of them and succeeds in giving a fairly accurate portrait of an emotionally insecure young woman. And when she tells Rex: “sabi nila liberated ako, front lang. Kalog daw, front din. Alam mo namang kulang-kulang ako. Pag wala ka, magkakalat ako. Para akong manok, takbo ng takbo wala namang ulo.” She likewise handles her final breakdown exceedingly well. Nora has less lines but she nevertheless manages to conveys her emotions very effectively. In that family reunion-party which is so engrossed in gossip and banter, she remains so detached, speaking nary a word — a triumph for both Bernal and her. The hurt in her eyes continues to build up until that disrupted dinner scene where she rushes to her room and, unable to contain herself, finally cries. The most stable of the three, you could really believe her when she tells Rex: “Galit ako sa ‘king sarili, dahil sinasaktan mo na ako nang todo-todo pero lalo ka namang napapamahal sa akin.” The film is greatly enhanced by Jose Carreon’s vibrant script, Mel Chionglo’s superb production design, the Vanishing Tribe’s fine musical score, and Augusto Salvador’s brisk editing (few scenes last longer than a couple of minutes). But the lion’s share of credit goes to Bernal. I particularly like his splendid use of meaningful pauses and oppressive silences, as in Sandra and Tere’s accidental first meeting at Rex’s house, Sandra’s soundless dinner with her father that leads to her breakdown, and the long, quiet ending scene where Sandra and Tere never say a word and yet succeed in finally communicating with each other…” READ MORE

Relasyon (1982) – “…The writers have fed significance into the conversations by filling them with popular ideas on marriage and relationships, engaging the viewers to respond with their own beliefs. There is irony though in the confessions of Emil and Marilou – in happier times – that each had been a better person upon being loved by the other. But their life together contradicted that statement. Her selfishness is revealed. “Ikaw lang ang iniintindi mo” he says and it uncovered his insensitivity. “Ako rin, may ego”, She replies. Vilma Santos confidently showed she felt the character she was portraying. Her depiction of feelings and emotions easily involve the viewers to share in her conflicts and joys. In this film, she has peeled-off apprehensions in her acting. Christopher de Leon has also been supportive in emphasizing the characterization of Marilou. He suitably complements Vilma’s acting. The director, Ishmael Bernal, displays his flair for taking scenes of Vilma putting on make-up. Unwittingly, he has suggested that whatever make-up is put on over adultery, it is still adultery…” READ MORE

Broken Marriage (1983) – “…Bernal shows Ellen’s retrospective mood minus the conventional flashback: her younger sister is engaged to be married, and Ellen watches the two lovebirds running like children, with a bright but painful smile, even with jealousy, knowing that after the ceremonies, the two will lose the innocence which tradition stifles. This is a repetition of the technique Bernal used in Relasyon – the mistress attending the wedding of her cousin – with just the same effect, namely, sympathy. The screenplay plunges right into the boiling point, the issues hurled to the foreground like machine-gun fire, the familiar scenes of hatred and division treated like aimless confetti so that the audience neither breathes nor is excused. It jolts us at the outset and after the terrible whipping, when the squabbles lessen and finally ebb into peace, we realize that these two handsome people must have had only one tragic flaw: they did not keep mum for a while. Manolo Abaya’s cinematography dances with the jetstyle rhythm of the two protagonists. From the clever blocking of the morningjumble scenes to the hurried bustle of the television studio, Abaya’s camera sweeps avidly and flawlessly. In his hands, the incessant quarrels of Rene and Ellen seem like a vengeful lovemaking. The long shots, conventions of a Bernal, are more developed here. Above all, Abaya’s camera has humor and pathos. The production design never digresses from its limited scope but manages to make poetry out of cluttered rooms and artificial television set-ups. The claustrophobia one feels at the outset of the movie with the couple’s disorderly room easily renders the hopelessness of the two people’s situation. The music filters the emotions of the characters with a detached but effective air. Jesus Navarro’s splendid editing is a breathless canvass of cosmopolitan animation…” READ MORE 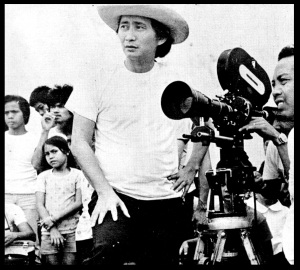