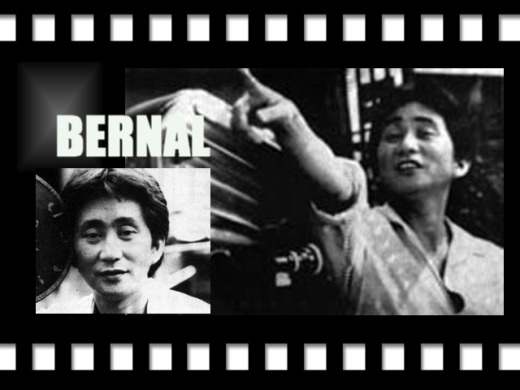 197 films, 70 directors, 5 decades, Vilma Santos, one of the original Philippine movie queens, rose up to become the versatile actress that has been given the fitting title of “Star for All Seasons” because of her capacity to adapt to the changing mores and values of the Filipino woman, giving a face to their plight and struggles, albeit in success both critically and box-office wise in some of Philippine cinema’s classics such as Relasyon (1982), Pahiram ng Isang Umaga (1989), Broken Marriage (1984) and Ikaw ay Akin (1978).  This is the number one director who contributed to her success.

Considered the number one director of Vilma Santos, National Artist, Ishmael Bernal contributed significantly to her success. Their collaborations as actor and director spanned three decades. Eight films in total, almost a dozen best actress for Santos and a several best director for Bernal not including nominations both locally and internationally. He was quoted saying: “In Ikaw ay Akin, Vilma was already conscious of her own particular style of acting…which can be described as minimal, less is more. The fewer and simpler gestures, the greater effect…(Working in Pahiram Ng Isang Umage, Bernal said)…she had become an artist, no longer a movie star and just following the director’s instructions..” Their films are still relevant, timeless and to this day, being celebrated by many. READ MORE

Ishmael Bernal – A filmmaker of the first order and one of the very few who can be truly called a maestro. Critics have hailed him as “the genius of Philippine cinema.” He is recognized as a director of films that serve as social commentaries and bold reflections on the existing realities of the struggle of the Filipino. His art extends beyond the confines of aesthetics. By polishing its visuals, or innovating in the medium, he manages to send his message across: to fight the censors, free the artists, give justice to the oppressed, and enlighten as well as entertain the audience. Among his notable films are “Pahiram ng Isang Umaga” (1989), “Broken Marriage” (1983), “Himala” (1981), “City After Dark” (1980), and “Nunal sa Tubig” (1976). He was recognized as the Director of the Decade of the 1970s by the Catholic Mass Media Awards; four-time Best Director by the Urian Awards (1989, 1985, 1983, and 1977); and given the ASEAN Cultural Award in Communication Arts in 1993 (NCCA.gov.ph). Bernal was born in Manila on September 30, 1938, the son of Elena Bernal and Pacifico Ledesma. He studied at Burgos Elementary School and Mapa High School before entering the University of the Philippines, and graduated in 1962 with a degree of Bachelor of Arts degree in English. For a time he worked with Lamberto Avellana’s documentary outfit. He went on to earn his Licentiate in French Literature and Philosophy at the University of Aix-en-Prevence in France, and then in 1970 his Diplomate in Film Directing at the Film Insititue of India in Poona, under the Colombo plan scholarhip. Bernal was a board member of the Concerned Artists of the Philippines and the Directors Guild of the Philippines, Inc., an organization that studies the role of film as an instrument of entertainment, education and development. He actively crusaded for the rights and welfare of artists for as long as he lived. He died in Quezon City on June 2, 1996 (Wikipilipinas).