Plot Description: As modern man continues to plunder our environment, the Engkantos prepare for battle to protect what is left. Always remember: We are not alone in this world! – Kabayan Central (READ MORE)

Film Reviews: “…He gave free passes to people from the showbiz industry to earn more clout in the business. He met Celso Ad Castillo, Lino Brocka and Mario O’Hara who opened for him a new world: directing. In 1985, at age 29, he directed his first movie, “Alapaap,” starring Tanya Gomez. It won 13 awards in the Metro Manila Film Festival and was bought later to Japan for the Tokyo Film Festival. Tata Esteban discovered that he had the gift. He was proud of his achievements. “I became a star builder,” he says. “I made many actresses, bold stars, famous. I gave them movies and built their names…” – Aliwan Avenue (READ MORE)

“…Maribuhok is an enchanted place deep in the mountains. The dwellers of Maribuhok are engkantos (nature spirits or elementals) tasked to protect nature. They are headed by Uban (Francis Magalona) the deity of animals and Yorac (Roderick Paulate) the deity of plants. Uban rejuvenates as a young man and proceeds to reinvent himself as a star specializing on cause-oriented environmental songs. He neglects his kingdom and his daughter Karina (Janice de Belen) grows up away from his guidance. Meanwhile illegal loggers continue to denude the forests and Yorac decides to do something about it. He holds some loggers hostages including Carlo (Raul Zaragosa) Karina’s boyfriend. Karina discovers the land of her birth including the fact that Uban is her father. She asks his help regarding Carlo. But Yorac remains unyielding. Uban and Yorac gear up for a showdown until Mother Nature (Vilma Santos) herself intervenes. Her meaningful lesson? We must all work for the preservation of our environment before it is too late…” – Mav Shack (READ MORE) 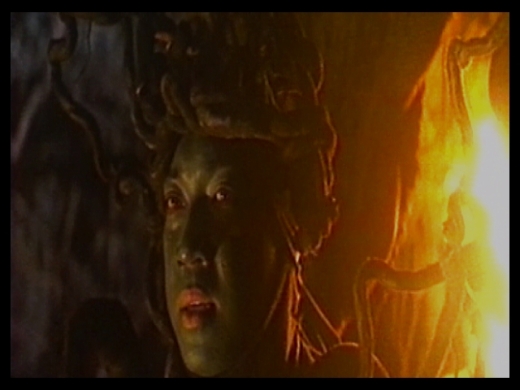