Drama King – “…Ang sarap, I like working with people like them…iyong passion nila, yung enthusiasm nila in acting in what they’re acting is very contagious especially sa katulad ko I’d been in the business for so long and I needed to be rejuvenated,” de Leon added. De Leon added that it’s unfair to all the good young actors to be tagged as “the next Christopher de Leon”. “That’s not fair for them. I mean they have their own talent, magic, identity. Their careers will not be like mine but one thing I’m proud of is I’ve worked with the best directors in Philippine Cinema – Eddie Romero, Jerry de Leon the master, Ishmael Bernal, Lino Brocka, Mike de Leon…I don’t know about them,” he explains…” – Reyna Buan-Deveza, ABS-CBN News, 09/05/2008 (READ MORE)

Politics – “…The actors are very ano, e, very…well, one is we are influential, yes. We are all known. But not all actors can be that, but it’s… we also deal with more people often, with the fans. So, we just extend that a little. And then you reach out to the people, ask people what they need, and [eventually] help in your own small way…You learn more, you learn a lot. Aside from the people, aside from the needs of the people, you learn more about the law. You study about the law, you learn about the process, how to preside over meetings, learn how to make a resolution, ordinance. And that’s fun, that’s fun…it’s really fun! I mean, it’s a different horizon. At the same time, you deal with people – magaling kami diyan!” natatawang sabi ni Boyet…It [just] rubbed in when they offered me. And then there’s what you call a… political bug that rubs on you. You look for it. I don’t know what it is. It’s more of ‘Will I win?’ It’s more of a challenge.” Handa raw ang loob ng aktor sa mga posibleng mangyari sa muli niyang pagtakbo. “Hopefully, if God willing…If this doesn’t push through, it’s okay. But since they’re ready, I might as well grab it… take the opportunity.” Ang kasalukuyang kongresista ng second district ng Batangas ay si Hermilando “Dodo” Mandanas, na tumalo kay Boyet noong 2007 elections….” – Abby Mendoza, PEP (READ MORE)

Spirituality – “…Then came the “bump on the head,” as he put it, and appropriately enough, it was reinforced by an invitation to take a three-day spiritual retreat in Baguio. It was May 1988, and it was the best thing that had ever happened to him. Suddenly he was a happy person, reported the organizers of the retreat. Suddenly he liked the feeling of being an altar boy all over again. Without going to a hospital, without having to be rehabilitated in a drug center, Christopher de Leon withdrew from drugs. “I got the strength from Him. If you have been on drugs, you would know you can’t fight drugs without God…Somebody’s touching me to tell our people we should go back to spirituality,” Boyet said, and when he beamed, he could have passed for a fallen but lovable angel who’s trying to fit on a new pair of wings…” – Julie Y. Daza, Manila Standard, Feb 12, 1989 (READ MORE)

Sandy Andolong – “…What is striking about Sandy is that she took me for what I am, for who I am. She took everything. When I was doing drugs, she understood. When I was recovering, she was there. Before, she caught me with somebody else. There was a breakup but she took me back. She accepted me as I am, and that is important…” – Stef Juan, People Asia Magazine, MAY 11, 2006 (READ MORE)

Nora Aunor – “…“At first it was awkward,” said Boyet, who is teamed up with the Superstar on TV5’s “Sa Ngalan ng Ina.” “But we warmed up to each other right away. It’s a plus factor that our son Ian is with us in the series, which is more like a movie because of the grandiose production.” What makes it different from all the teleseryes he has done? “I portray a crippled man. So the whole time I’m in a wheelchair. It’s not easy to act when you’re confined to sitting down. It limits the way you can express yourself. So since it’s a first for me, it’s something worth watching, aside from my long overdue onscreen reunion with Guy.” Didn’t his wife, Sandy Andolong, have apprehensions about his team-up with Ate Guy? “I have her all-out support. She knows it’s a once-in-a-lifetime project that I should not pass up.” But there are some movies of his which he would rather forget. “When I chance upon some of my old films on TV, gusto ko sunugin lahat ng kopya ng pelikula na ’yon,” he said, laughing. “But that’s part of the process. All actors have good and bad projects.” Boyet’s eyes lit up when he talked about his grandson. “I am a doting grandpa. Since my son and his wife are in the United States, kami ni Sandy ang nag-aalaga ng apo namin. It seems like he will follow in my footsteps because even at a young age marunong na umarte na a la action star.” The award-winning actor is playing his lolo role to a hilt…” – Dolly Anne Carvajal, Philippine Daily Inquirer, September 27, 2011 (READ MORE)

Christopher de Leon (born October 31, 1956 in Manila) is a Filipino film actor and politician. De Leon appeared on the gag show Going Bananas and has appeared in over 120 films since the early 1970s. On July 1, 2010, he was sworn into office as the board member of the 2nd district of Batangas. – Wikipedia (READ MORE) 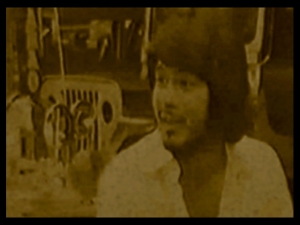