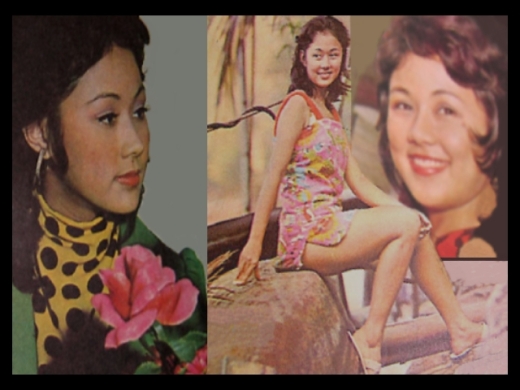 It is a fact that Ms. Vilma Santos is the most-loved actress of all time. The longest reigning Queen of Philippine movies is incomparable. She must have stumbled or fell before, but this did not stop her from moving on; instead she used her vast experience as her weapon against tougher situations, she succeeded and the rest is history. Why do people love Vilma? I asked this to myself as well, but I cannot find enough reasons why. It’s hard to explain but my love for Queen Vi comes out naturally and not forcing through. She possesses such a magnetic charm that nobody can’t resist. When I see her, I feel like a fallen leaf in a stream and just goes wherever it would lead me.
Parade – Way back my younger days in the Philippines, I used to go to the assembly point of the floats of the participating films in the MMFF as long as the QueenStar has an entry. And God! Never have I felt a bit of tiredness while looking at the Queen in the float. Vilma is such a thing of beauty that captivates the eyes of every beholder. Until the parade starts, just like other people, I keep on following the flow of the float where she is in without batting an eyelid. Still not satisfied, I will then go to the other lane and wait for the return of the parade from Baclaran.

Grade School – I started to admire Ate Vi when I was still in grade school as influenced by my sister and her friends who were already Vilmanians at that time. I enjoyed it very much every time my sister is bringing me along with her specially when watching Vilma movies of course, until the first time I saw her in person. The sweetness and caring that she showed us is forever etched in my mind. So natural. so human.

Unreachable – Status wise, Queen Vi is an unreachable star as compared to her peers. It is impossible for anybody to do better than or even be on par with Vilma’s achievements as a private individual, a public servant and as a movie star. New stars may come and go but Queen Vis throne has remained firm and unthreatened through the years. There will never ever be a star that may outshine the brightness that Ms. Vilma Santos-Recto has bestowed upon the movie kingdom, at least not in the near future. Vilma indeed is the greatest gift that God has given to Philippine Cinema. My gratitude to Mr. Eric Nadurata is worth mentioning as he opened the doors for me to interact with the smart Vilmanians all over the globe. I am in the group of wonderful fellow Vilmanians who always welcome new members with open arms and all at once you will feel comfortable. I am delighted to be with a group of people from all walks of life who are not just mere followers of the QueenStar but real people as well. Real in the sense that they say what they feel, they can make you laugh, they can make you cry, and the best of all you will feel that you are a part of a big family. Though most of us have not met each other personally, it seems that we have known each for so long because of the camaraderie existing within the group.

My congratulations to Rendt for conceiving this newsletter as well as to the initial contributors the V5 themselves composed of Eric Nadurata, Mar Garces, Charlie Gomez, Franco Gabriel and Marcus himself . At the rate things are going, as one of the country’s highest paid actresses, the most sought after star by the producers, with throng of followers, then words are not enough to depict the eminence of the one and only Queen of Philippine Cinema, Ms. Vilma Santos-Recto. VilMANIA is still very much alive, kicking and keeps on getting more amazing by the day, and that is a fact, I swear! – Eddie Lozano (READ MORE)